Over View Cusco (Cuzco or Qosqo)

At an elevation of 11,024 ft, Cuzco sublimely combines the Inca legacy with Spanish colonial architecture. History puts Manco Capac founding the city of Cuzco around 1100 A.D. Legend says that in the beginning the land was in darkness and the great Lord Sun took pity on these wretched creatures and sent to earth his own son, Manco Capac, ``to spread civilization and enlightenment``. The goddess Moon sent her daughter Mama Ocllo to be his bride. They appeared on earth emerging from the waters of Lake Titicaca. Manco Capac and Mama Ocllo began a long odyssey searching for the place where to found their kingdom. At length they came to a fertile valley where Manco Capac repeating the test assigned by the Sun, plunged his golden staff into the ground, this time it sank deep into the soil and disappeared, where they found their capital and called it Cuzco ``navel of earth``.
Read more

Explore the Cusco (Cuzco or Qosqo) 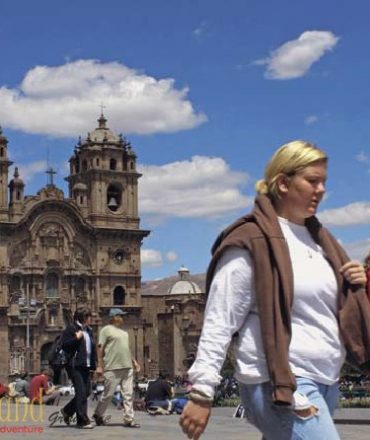